‘THE CHARGE’
I Charge you never to forget the great benefits you have received in this place, and in time to come according to your means to do all that you can do to enable others to enjoy the same advantage; and remember that you carry with you, wherever you go, the good name of Christ’s Hospital. May God Almighty bless you in your ways and keep you in the knowledge of his love now and forever.
homeKaty Ayling

left Christ’s Hospital in 2004 in hope of pursuing a career in performance, and... 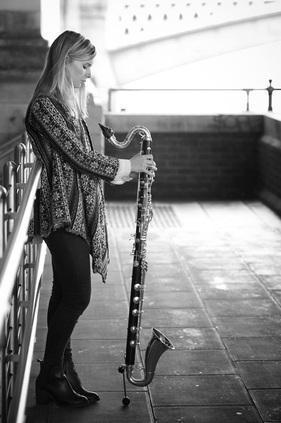 left Christ’s Hospital in 2004 in hope of pursuing a career in performance, and...

left Christ’s Hospital in 2004 in hope of pursuing a career in performance, and was fortunate to gain a place at the Guildhall School of Music and Drama, where I gained a BMus (hons) degree in Clarinet performance in 2008.

I decided I wanted to further my education, so I applied for a place at the Royal Academy of Music to study for a Master’s degree. After gaining a place I needed to find the funds to pay for my tuition fees, which were unfortunately extremely high.

This is where the BSB came to my help. In previous months I had been trying hard to accrue the fees by myself, as at that stage I had not been offered any other financial support. So I was advised to get in touch with the BSB to tell them about my situation.

I was quite humbled by the willingness to help, seeing as Christ’s Hospital had provided me with such a solid and encouraging environment for 7 years, I found it difficult to go back and ask them for more, but they were kind, supportive and very understanding.
It was an amazing feeling to know that I could accept my place at the Royal Academy of Music. I would not have been able to continue my education without them at such a crucial stage in my development as a performer.

None of the above would have been possible to achieve without the BSB. I am truly indebted to them and having called upon their services for help, I can see how extremely vital this organisation is to Old Blues in need.

I really hope to be able to give back in any way that I can. Thank you.