‘THE CHARGE’
I Charge you never to forget the great benefits you have received in this place, and in time to come according to your means to do all that you can do to enable others to enjoy the same advantage; and remember that you carry with you, wherever you go, the good name of Christ’s Hospital. May God Almighty bless you in your ways and keep you in the knowledge of his love now and forever.
homeMartin Batchelar

I am hugely grateful to the BSB for their support, without which I would... 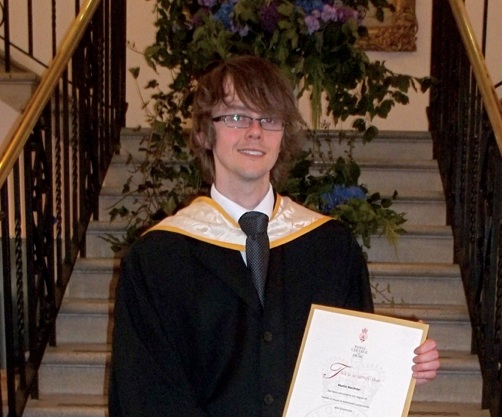 I am hugely grateful to the BSB for their support, without which I would...

I am hugely grateful to the BSB for their support, without which I would not have been able to study at the Royal College of Music. Here is a brief update of my progress: I was awarded the Joseph Horovitz Prize for Composition for Screen at the end of my first year. I graduated in 2011 with a Degree of Master of Music RCM, in Advanced Composition, with Distinction. One of the highlights of the course for me was attending the Soundtrack Cologne film music conference in November 2010, during which I was awarded the European Talent Award for ‘Best Film Score’ for one of my compositions. The prize that came with this award was a recording session with the WDR Radio Orchestra, which took place at their studios in Cologne in August 2011. It has allowed me to build working relationships with many German composers, which I hope will continue to grow.